Lynn is located at 42°28-26N 70°57-20W. According to the United States Census Bureau, the city has a total area of 13.5 square miles (35 km2), of which 10.8 square miles (28 km2) is land and 2.7 square miles (7.0 km2) (19.87%) is water. Lynn is located beside Massachusetts Bay and the Atlantic Ocean. Lynn’s shoreline is divided in half by the town of Nahant, which divides Lynn Harbor to the south from Nahant Bay to the north. The city lies north of the Saugus River, and is also home to several brooks, as well as several ponds, the largest being Breed’s Pond and Walden Pond (which has no relation to a similarly named pond in Concord). More than one-quarter of the town’s land is covered by the Lynn Woods Reservation, which takes up much of the land in the northwestern part of the city. The city is also home to two beaches, Lynn Beach and King’s Beach, both of which lie along Nahant Bay, as well as a boat ramp in Lynn Harbor.

Lynn is located in the southern part of Essex County, and is five miles (8 km) southwest of Salem, ten miles (16 km) northeast of Boston, and twenty-two miles west-southwest of Cape Ann. The city is bordered by Nahant to the south, Swampscott to the east, Salem to the northeast, Peabody to the north, Lynnfield to the northwest, Saugus to the west and Revere (in Suffolk County) to the southeast. Lynn’s water rights extend into Nahant Bay and share Lynn Harbor with Nahant. There is no land connection to Revere; the only connection is the General Edwards Bridge across the Saugus River. Besides its downtown district, Lynn is also divided into East Lynn and West Lynn, which are further divided into even smaller areas.

Lynn is loosely segmented into the following neighborhoods: 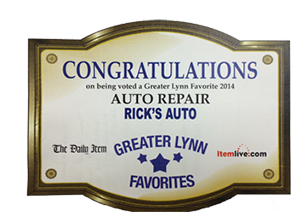